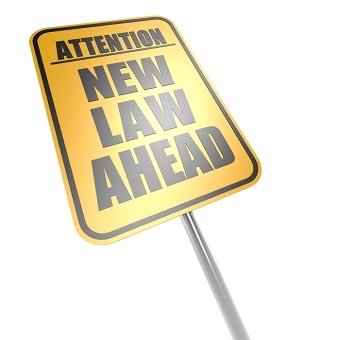 The budget 2017 can be seen as a budget with 4 agendas as below:

The aforesaid intention is to be implemented through the following proposed changes:

2.Confiscation of Assets of Economic offenders

In the recent past, there have been instances of big time offenders, including economic offenders, fleeing the country to escape the reach of law. Government is therefore considering introduction of legislative changes, or even a new law, to confiscate the assets of such persons located within the country, till they submit to the jurisdiction of the appropriate legal forum.

Finally the Research and Development Cess Act, 1986 has been proposed to be repealed with effect from 1st April 2017.

In order to fight against corruption, amongst many changes in income tax, and based upon SIT recommendation, a specific provision has been proposed hereby no cash transaction above Rs 3 lakhs will be permissible.

Implementation of GST in India will be the biggest tax reform in India. The new stipulated date to implement GST is 1st July 2017.

The extensive reach out efforts to trade and industry for GST will start from 1st April, 2017 to make them aware of the new taxation system. CBEC and State officers are working to implement GST by stipulated date.

The Government has already undertaken substantive reforms in FDI policy in the last two years. At present, more than 90% of the total FDI inflows are now through the automatic route.

It is pertinent to note that liberalisation of FDI policy is under consideration and necessary announcements will be made in due course.

Further, the Foreign Investment Promotion Board (FIPB) has successfully implemented e-filing and online processing of FDI applications. Therefore, finally FIPB will be abolished in 2017-18.

A Bill will be introduced to streamline institutional arrangements for resolution of disputes in infrastructure related construction contracts, PPP and public utility contracts.

The required mechanism would be instituted as part of the Arbitration and Conciliation Act 1996. An amendment Bill will be introduced in this regard.

As we move faster on the path of digital transactions and cheque payments, the Government will ensure that the payees of dishonoured cheques are able to realise the payments. Government is therefore considering the option of amending the Negotiable Instruments Act, 1881 suitably.

An Amendment has been proposed to the Reserve Bank of India Act so that issuance of electoral bonds for political funding are enabled. This would be in consonance to the scheme that the Government has planned to formulate in this regard. These electoral bonds are instruments that will be used to donate money to political parties. The parties to each transaction would be the donor (one who makes the donation to the political party), the political party and RBI which acts as the intermediary.

Only notified banks will be allowed to issue these bonds and the only way to buy these bonds would be by issuing a cheque or making a digital payment. This will ensure that all the transactions would be in white money. The donor can then give these bonds to the political party of his choice who would then be able to redeem it within a stipulated time period which would be specified under the scheme. They will only be redeemable in the notified account of the political party.

10.Formation of Payments Regulatory Board

A Payments Regulatory Board is also intended to be created by the Government in the Reserve Bank of India which would focus on strengthening the digital transactions in India. This would replace the existing Board for Regulation and Supervision of Payment and Settlement Systems.

11.Amendment in Securities Exchange Board of India (SEBI) Act

The Authority for Advance Ruling (AAR) for Customs, Central Excise and Service Tax is proposed to be merged with AAR for Income-Tax and create common Advance Ruling Authority.

The Government is keen to foster a conducive labour environment wherein labour rights are protected and harmonious labour relations lead to higher productivity.

Legislative reforms will be undertaken to simplify, rationalise and amalgamate the existing labour laws into 4 Codes on (i) wages; (ii) industrial relations; (iii) social security and welfare; and (iv) safety and working conditions.

14. Changes in Shops and Establishment Act

The Model Shops and Establishment Bill 2016 has been circulated to all States for consideration and adoption.  This would open up additional avenues for employment of women. The amendment made to the Payment of Wages Act, is another initiative of our Government for the benefit of the labour and ease of doing business.

Conclusion– The changes as proposed in the speech of  the finance minister during presentation of the budget 2017 will  fuel growth and reforms in laws, in coming days, for an ultimate aim of ease of doing business without compromising on fight against corruption at large.

Disclaimer: The information contained in this document is intended for informational purposes only and does not constitute legal opinion or advice. This document is not intended to address the circumstances of any particular individual or corporate body. Readers should not act on the information provided herein without appropriate professional advice after a thorough examination of the facts and circumstances of a particular situation. There can be no assurance that the judicial/quasi judicial authorities may not take a position contrary to the views mentioned herein.

Disclaimer & Confirmation As per the rules of the Bar Council of India, law firms are not permitted to solicit work and advertise. By clicking on the “I AGREE” button below, user acknowledges the following: However, the user is advised to confirm the veracity of the same from independent and expert sources.
I Agree I Disagree